It’s been a long time since I last blogged. But great news! Lots of pictures for the eyes

I had no sleep on the night before the chalet so after gym training on Tuesday, I had to take a few winks on the train ride from Dover to Pasir Ris. 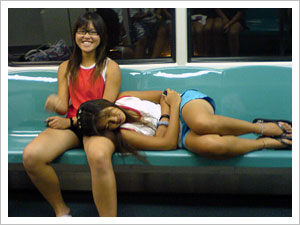 When we got into our room, we started changing into our pyjamas for the PYJAMAS PARTY! We took crazy pictures in which I was not involved in them since I was busy playing Shrek 2 with Joycelyn on Xbox in which I had rented earlier. The others did really weird and hilarious stuff with the toilet rolls and pillows. 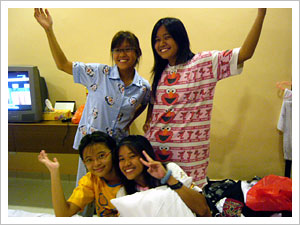 Lilin, Jolene, Geok Cheng and me 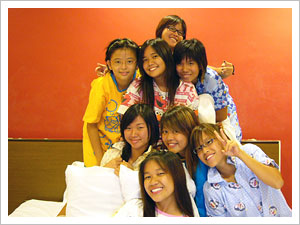 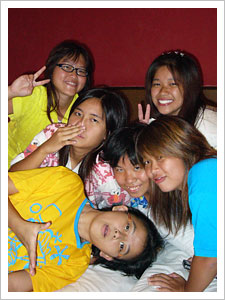 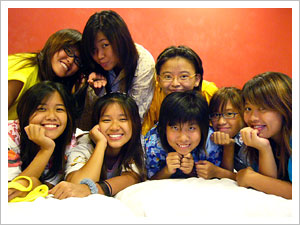 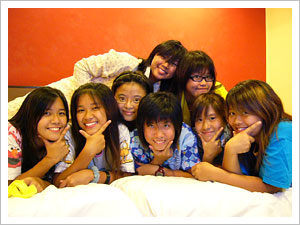 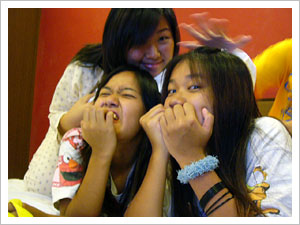 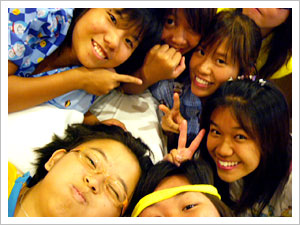 Jamie needs to learn how to take self pictures properly 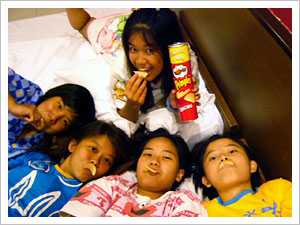 After taking a ton of pictures, we settled down to watch Mean Girls on Jamie’s laptop (since we needed an adapter to watch it on Xbox. Thank God for Jamie’s lappy!)

However, since I was dead tired, I fell asleep after the first 10 minutes or so! :mrgreen: I only woke up around 1.30 p.m. the next day to find that all but Teresa had gone out. I found out some of them had gone swimming. When they returned, Jamie, Joan, Joycelyn and Jolene (all the J’s, I just noticed) wanted to go cycling and since Lilin and I brough our rollerblades along, we decided to go blading as well.

After we rented the bicycles, Joycelyn suggested cyling/blading to a nearby coffeeshop to eat ba chor mee (minced meat noodles). But when we reached there, none of us felt hungry. So we ended up drinking bubble tea and sharing a bowl of ba chor mee. 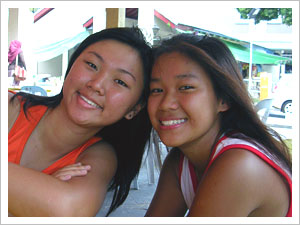 Jamie and I while waiting for our bubble teas 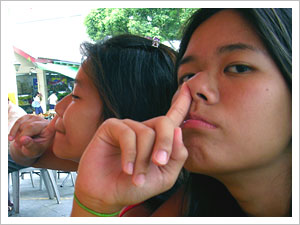 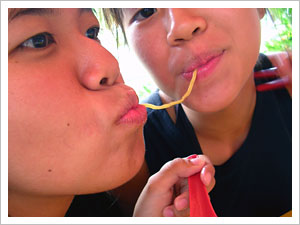 Lady and the Tramp Part 2: Jolene and Lilin

After our so-called tea break, we cycled/bladed back to Pasir Ris Park. All but Lilin (due to rough tracks) cycled/bladed into the maze. Thankfully, there was a jogger there to help us take a picture 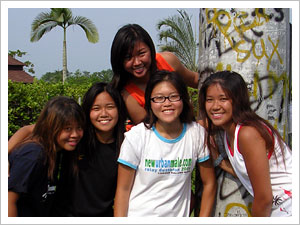 We entered the maze! 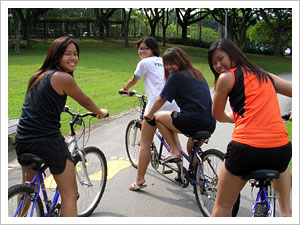 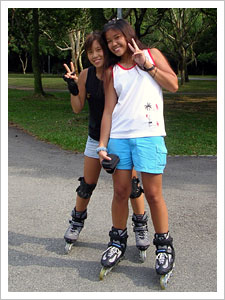 Lilin and I with our blades

We wanted to play at the playground and decided to head there. Oh what fun it was to swing on those swings! 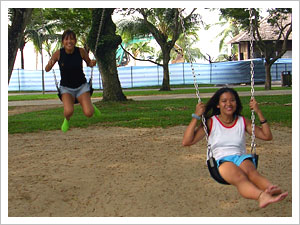 Having our second childhood

After that, we decided to go swimming (again!) and Lilin could not stop doing hand stands under water! :mrgreen: I attempted to but somehow always did a somersault instead :?

After that, we rushed through our showers and changed into our #38 tops because we wanted to give a surprise birthday party for Joycelyn before she rushed off for home as she needed to work the next day. 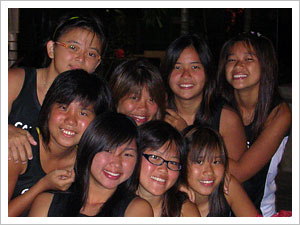 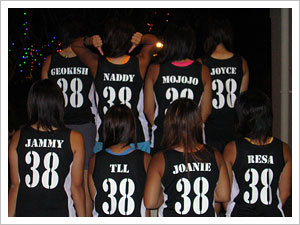 I must say that our tops look rather spiffy 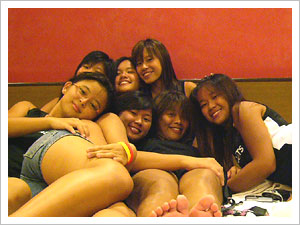 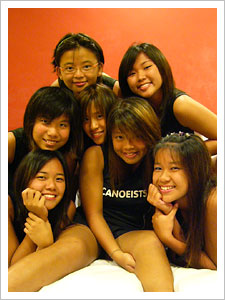 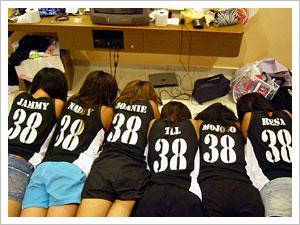 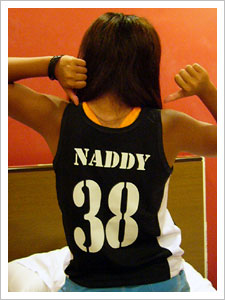 We wanted to go bowling only to find out that the bowling alley had closed down six months ago! :? So we settled down at Burger King and started talking about ghost stories we have encountered or those we heard about our school.

The next morning, we washed up, packed up, called out “Who wants to bring home this?”, ate the watermelon Jamie got for us, watched cartoons and finally headed out with our stuff, leaving the garbage and the mess behind us