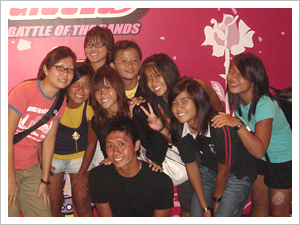 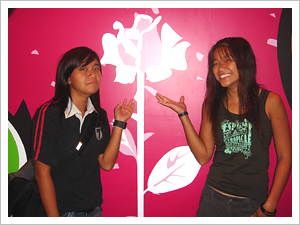 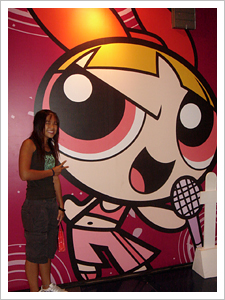 Blossom is my favourite puff girl! 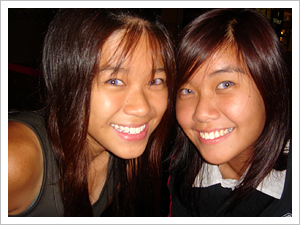 There was this point where Jolene and I went to 7-Eleven to grab some drinks and the cashier kept giving us this rather amused look. He kept looking back and forth between Jolene and I and I thought he wanted to check my ID or something (since I was buying this really small bottle of vodka) and probably thought we were below 18.

All of a sudden, he went, “Youngest?” and nodded at Jolene’s direction. It took me a whole second for my gears to click in my brain.

“Yeah,” I grinned at him. It’s easier to just say yes than go through the whole process of explanation

After dinner, we went to Esplanade to talk and slack around. Well, and to take pictures, too 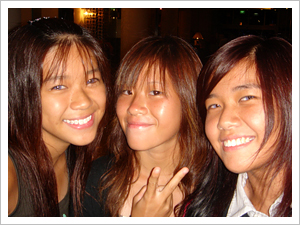 Me, Lilin and Jolene 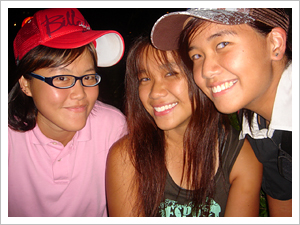 Joycelyn, Me and Jolene

Team movie was not much of a team thing since Lilin and Lizhen were not present. But we had fun watching PotC3 with Desmond, Daren and Jun Wei.

The movie itself was interesting. I was never interested in PotC until the trailer for At World’s End came. And, no, I have still yet to watch the first two.

If you asked me, I would not mind watching it again. I especially like the marriage part. But I would love to skip the part where there are partings. And especially the extra scene at the back way after the credits.