Then it was a six-hour wait till our next match in the afternoon. I spent it by sleeping, eating, watching a match or two and talking with Siao Jia. I think the afternoon sun kind of sapped up our energy because by the time we got into our boats, Jolene went, “I feel like sleeping.”

We were playing against NUS again but this time, it was in the Opens category. We drew a game with them last week in the first round robin.

Our first goal was so sudden that everyone was so surprised. I think it was because when that goal was scored, most of my teammates were already heading back to defend. Plus, it was within the first minute of the game.

I guess Joycelyn getting the first ball always throws the NUS team off. Not to mention we got the first goal in

Poi! We did it! Our attack plan worked! Finally!

I did not see our second goal (since I was capsized underwater) but my team told me it was such a beautiful shot over the keeper’s paddle When they scored a goal, we felt that we simply cannot let them score another because drawing this game would be quite pointless when all we want is to win.

So when the score was 2-1, the countdown from 10 started and we had the ball in our possession, we all could feel that we were going to win this match. So when the buzzer went off, all of us were screaming with joy. Geok Cheng threw her paddle; I banged the boat (I hoped that wouldn’t cause too much damage on that boat!).

When we got off the boats, Lilin went around hugging us (emo kid! haha), Teresa still kept screaming now and then, we were all so happy and we kept giving our shrieks of joy. Even Stanley gave us the thumbs-up sign. And we have to really thank him for coaching us

And, of course, how can we ever forget The Man who believed and supported us all the way? Kang Jun deserves every bit of credit and praise. He has always stood up for us, supported us, encouraged us, taught us, and believed in us. For everything, thank you ??!

Perhaps another reason why we were so elated was because earlier on, NUS won TP to clinch 3rd place for the IVP category. And I guess it is a tad mean to be stealing their joy 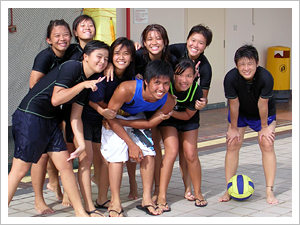 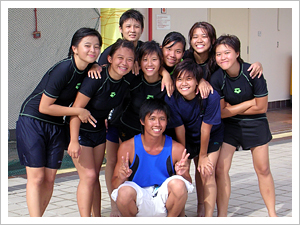 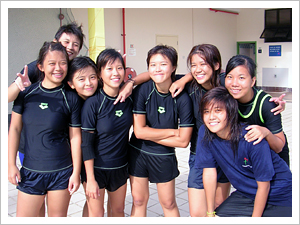 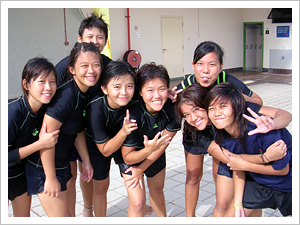 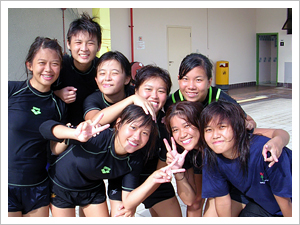 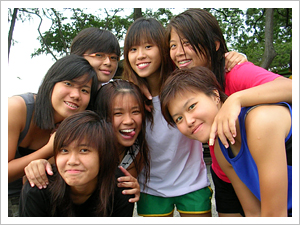 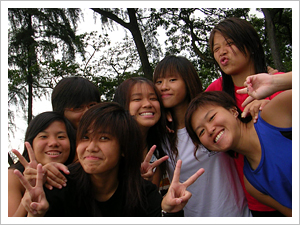 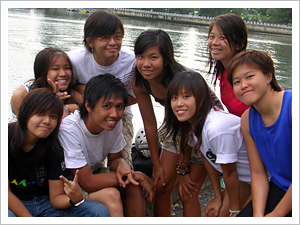 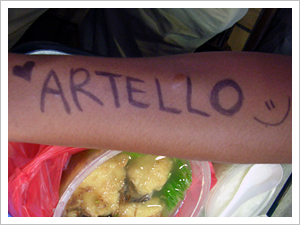 Another exciting thing is that Jolene and I got our Crumpler bags! At a cheaper price, too We got the Navy/White/Red The Fux Deluxe bag. So exciting, sister!