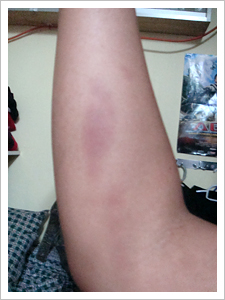 As well as those on my thighs—courtesy of the Vampire (that’s the brand of the boat): 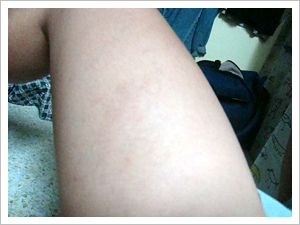 This one on my left may not look as gross but it hurts much more. I mean, its causing me to limp! 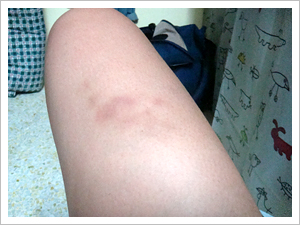 Now, my body is aching everywhere—arms, legs, back, neck… I wish I can have a clone of myself so I can get some massaging done on my back.