I am growing to be a rather lazy blogger. I’m sorry! But my excuse is that I take forever to edit photos and blog them properly in a post. If I feel like I don’t spend a good hour on a post (with photos), I feel like I blogged in a rather half-assed manner :?

My dad is super hilarious. He went to KL and Genting with my mom and asked to borrow my Sony digital camera. When they arrived home last night (after four days), I found only 51 photos taken! To think I cleared almost 500 photos (that’s about 1GB) for him :mrgreen: 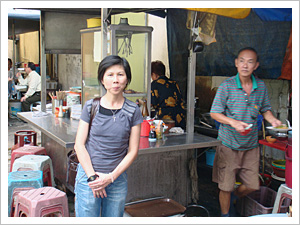 I found her expression rather comical

Guan turned a grand 21 last Saturday. I had to wake the poor boy up rather early since we did not really have much time as it’s the betrothal day as well.

I brought him to Swensen’s to have breakfast since neither of us have tried the breakfast menu before. He had french toast with eggs while I had pancakes with scrambled eggs. All I can say is that maccas’ hotcakes are still the best by far. 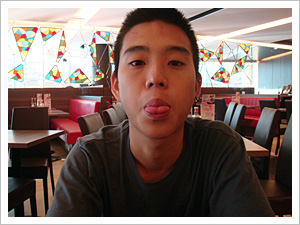 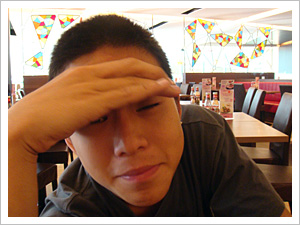 See how tired he is? 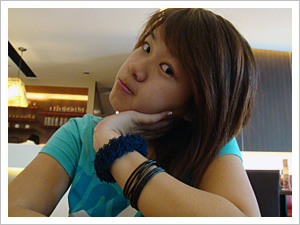 My best-looking post besides feeling as sleepy as him :? 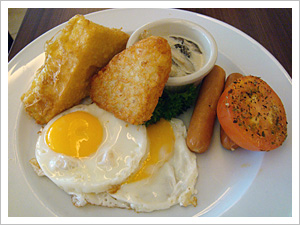 His french toast and eggs 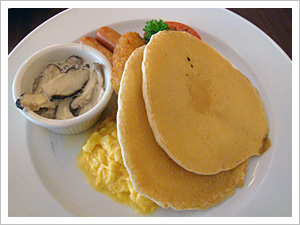 My pancakes and scrambled eggs

After breakfast, I went home for a short nap before he came over with two of his aunts for the whole betrothal thing. Then I had lunch at his place before heading out to town to walk around and grab some books from Kinokuniya.

We went back to his place for dinner and promptly fell asleep at around 9 p.m., fully intending to wake up for our 11.15 p.m. show (Wolverine!). However, (even though we said we should set an alarm but did not) we woke up at one in the morning and went something like, “What?! It’s one?! Oh, no! We missed our movie!” and went back to sleep :mrgreen: That’s how exhausted we were.

Oh, well. I’ll plan a better birthday next year then! 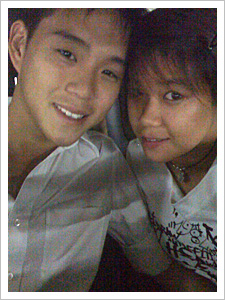