… we went on our first date

Well, only back then I didn’t think it was a date. It was more of a chilling-out-with-a-buddy-session.

I had the weekend off and did not know who to go out with when I asked if he and Nic were free to go drinking. He told me Nic was busy so I met him after work (at Ben & Jerry’s) and dinner (with some random bunch of guys I met) and we went to my workplace to drink (since I could get staff discount. Haha!)

When he met me, he passed me this imitation Eeyore soft toy (that was from those machines with claws. What do you call them?) and he shrugged it off like it was no big deal. I’m not sure why I sort of liked it (I don’t usually fancy imitation goods) and kept it in my bag since then.

Well, it’s been a year

Since I was still officially confined to home, we made a quick trip to Tampines Mall in an attempt to find the chocolate Baileys mooncakes Joanne spotted a couple of weeks ago. Unfortunately, the arena where the mooncakes stalls were set up back then have been replaced by Osim massage chairs 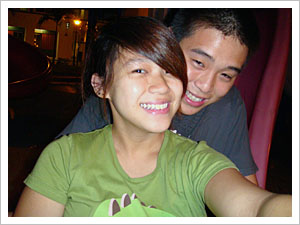 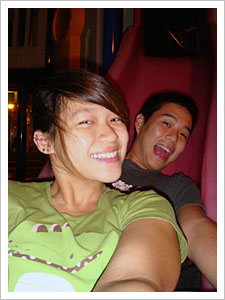 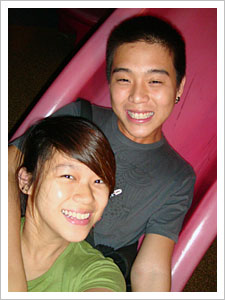 I love you sweetheart! :idea: