Today marks the end of my month-long (really, it felt like months) confinement period because…

… Zayden Asher is one month old!

So far, my parents and siblings commented that he grew chubbier, heavier and longer. But since I see him every time, I only could tell he was longer because when I place him in the same position in the cot, his feet can hit the sides if he kicks hard.

Anyway, here are some photos of his progression… 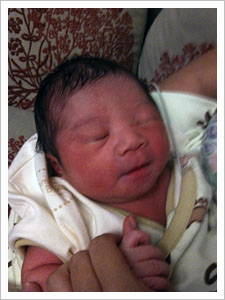 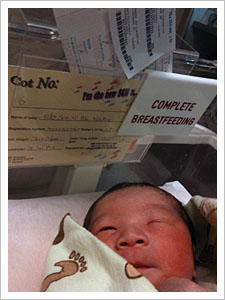 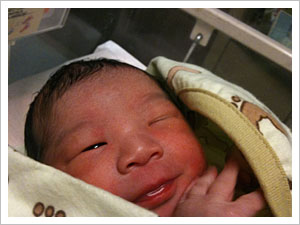 He opened one eye then… 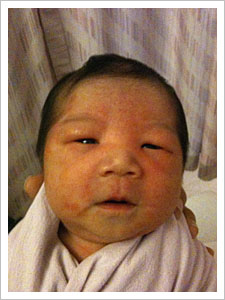 … and both eyes later in the day 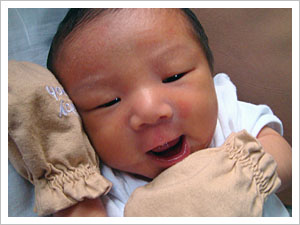 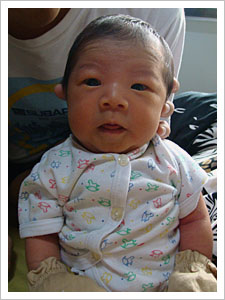 One week old (We love this portrait!) 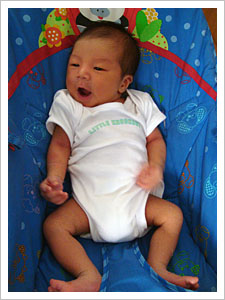 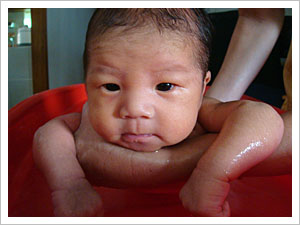 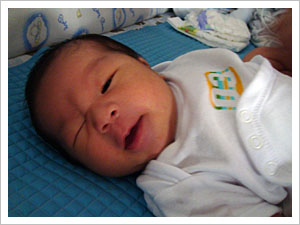 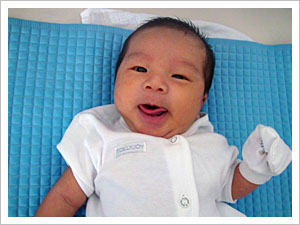 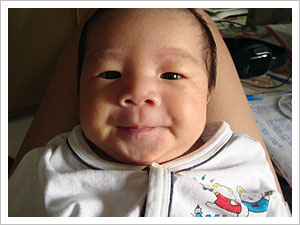 (Okay, so I went overboard with the photos. I had initially wanted to just post one per week, making it four. But, look at him! I’m sure you guys want to see more.)

I found my own newborn photos and realized that he probably looked like me when I was still in the hospital because subsequent photographs showed that he look rather different from me. 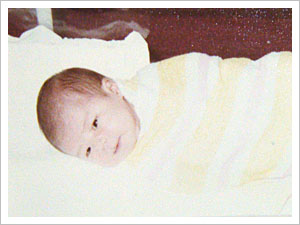 That’s me in the hospital cot 24 years ago 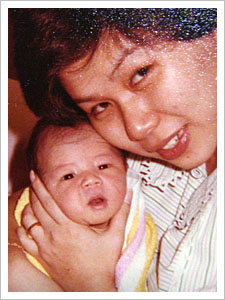 My mom and I

No big celebration today. In fact, Guan and I were supposed to bring Zayden over to my old home but he came home late from camp and we’re both totally exhausted. (That’s why once I click “Publish”, I’m going to hit the sack before Zayden’s next feeding time.) But, my parents will be having a celebration later this week so for those who are coming over, (with red packets or gifts, I hope Kidding!) be excited to meet him!

A little note to those who actually plan to bring diapers: No Drypers and no newborn size. He’s quite a big baby :?