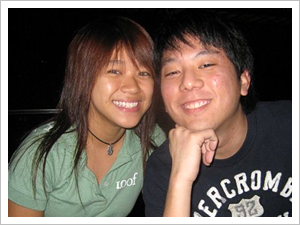 The Sunday before, we were two clowns dressed alike (black pants/skinny jeans, Hollister Co. tees, sneakers and sling bags). It was so amusing we stayed out all night and Weili did crazy stuff. Check it out: 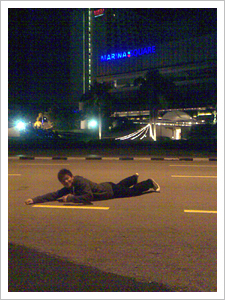 On the road between Marina Square and The Esplanade

Last Sunday, we were five idiots gorging on 80 pieces of chicken nuggets (with curry sauce!) from MacDonald’s. My colleagues and I actually got high on them Not to mention our stomachs felt like bursting. It is going to be amusing whether they will continue eating nuggets this Sunday. I won’t be joining them though

I guess you don’t want to take pictures with your candle or me anymore But it’s okay! You’ve got a spankin’ nice gift (Yeah, it is so hot it burnt 87346589 holes in my pocket. Ha!)

So you’re older once again

Let’s see here. I am still waiting for the photos from the Canoe Polo 3-on-3 Challenge. How was it? Tiring. Try competing eight matches overnight. I described my injuries to my friend and the response I got was, “Sounds like you’ve been to a war.” :? 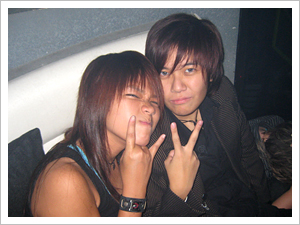 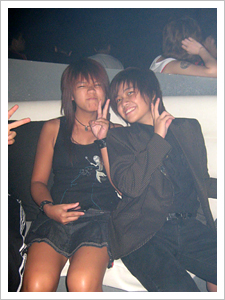 Not sure why I was being so squinty-eyed

Someone texted me this that almost made me laugh out loud in public:

New Year’s Eve was terribly packed! My workplace was slammed with 8974509239047 customers trying to order drinks! By the time 0000 hours rolled around, the fireworks began and the balloons were released, I was standing by the bar, totally exhausted, waiting for my drinks order to arrive so that I could send it to a customer.

I can’t remember how many freaking champagne bottles I opened, but let’s say that the bar ran out of Moet and ran low on Mumms.

Since my New Year was quite boring, a couple of pictures from Christmas 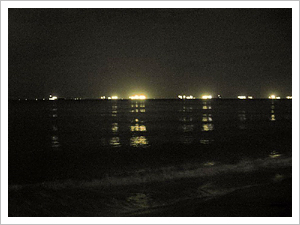 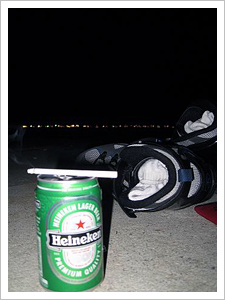 Lots of things; Too little time.
This will be a first:

The initial plan was to work after training on Saturdays and still go for Sunday’s pool slots. However, it seems like I’m just too worn out as well as burnt out (literally).

After training on Saturday, Jolene, Lilin, Joan, Joycelyn, Teresa and I went to NYNY to slack and have a rather late lunch. 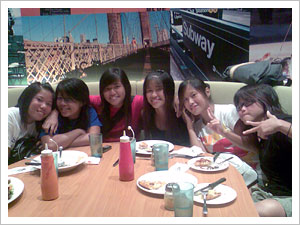 After finishing up, I could feel the exhaustion from the training seeping into my aching body. Gah! By the time I started work, I could literally sleep walk :?

And no matter how badly I want to train on Sundays, Saturday’s sunburns on my poor nose, cheeks and shoulders are always a discouragement 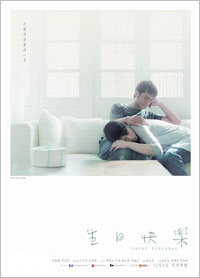 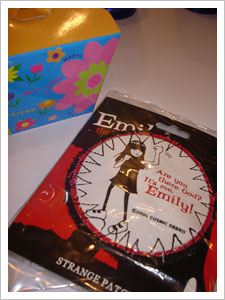 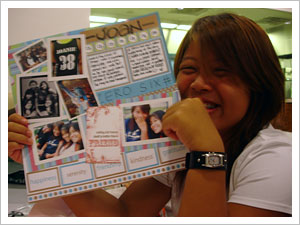 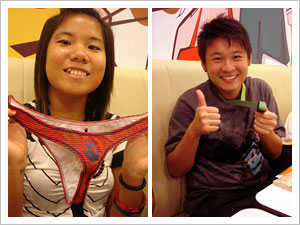 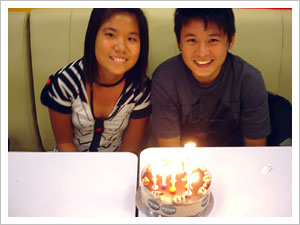 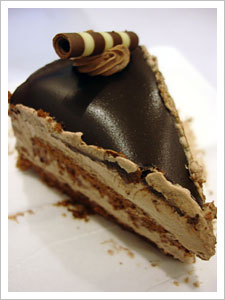