[edit] decided to add a nicer page for sfa. lol. if you still see a white page, refresh it a couple of times.

to janis: yeah. totally loved legolas’ solo part. the audience was clapping as he slid down gracefully. I nearly faint with delirium (sp?) -sighs wistfully and dreamily- lmao. [/edit] 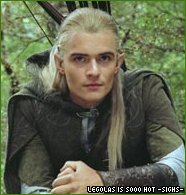 ah yes. watched the nice 3 hr 15 min show last night and it really is totally awesome! minus the fact that I went to watch it at lido plus I was at the first few rows, the movie rocked.

but I admit the ending was rather slow. kinda draggy. and I thought that the war ended too fast. lmao. they should make the war longer. and wil was saying that he’s waited 3 bloody years for frodo to drop the ring into mount doom so let’s hurry and get over it -rofl-

now I can’t wait for monday. will be watching it with sam and I’ve gotta book the tickets online now o_O if I try to buy on that day, it’s quite impossible as it’s always sold out. sold out! imagine that -grumbles-

oh, and I’m glad many of you liked the poem ;D I’ve got alot more and I’ll showcase them in my other domain in which I’m setting up now. hope to open it on christmas week.

and one more thing: voting for until forever awards have started so kindly vote for me pretty please? I’ll love ya millions for it if I win. heh. so please vote now~