Okay so my other entry the other time was about reunion dinner with my relatives at my dad’s side. This time’s mom’s.

I enjoy going to my mom’s side only because she has like, twelve siblings, and so, cousins of various ages can be found there.

This year, there aren’t any small babies stealing the limelight. Oh, no. This year, it’s a dog. Yes, and mind you, it isn’t those small-puppy kinds.

Everyone, meet Golden, a three-year-old Golden Retriever. Mind you, it’s a she (darn, I kept referring her as ‘him’ all night :mrgreen: 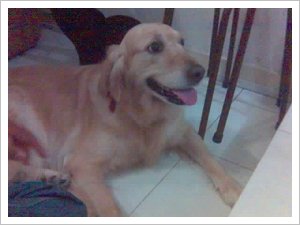 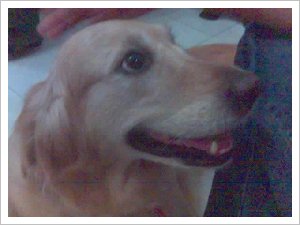 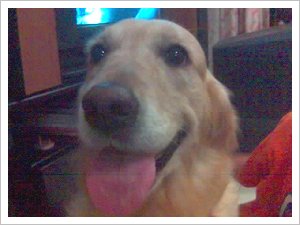 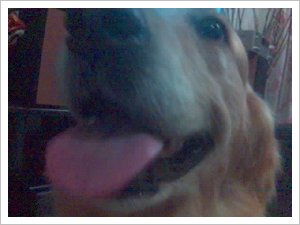 Stick your tongue out! 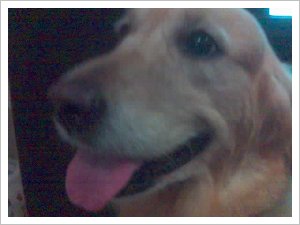 I’m addicted to her, I tell ya.

It was so amusing to see everyone taking out their digital cameras and cellphones (that are camera-enabled) and aiming the lens straight at Golden but can never really manage to get a decent shot of her.

Everyone who wanted to have a picture with her tried in vain to make her sit still for a picture with anyone. When she seems settled and the cameras are ready, just before the shutter goes off, she starts moving or turning her head the other way. Frustrating, I tell you.

Being the impatient person I am, I decided to take pictures with those who are not as hyper-active as Golden. 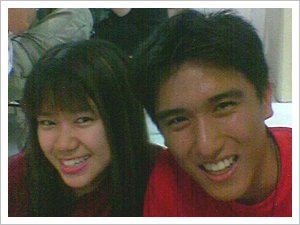 Me and my Commando cousin Allan 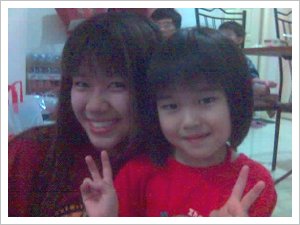 Oh, does anyone remember my blog entry last year about my cousin Sze Ying? Oh, my. The way she jabbers in chinese just makes my head spin :roll: And this year, her four-year-old brother Wei Hong is not as shy as last year and his baby-talk-cum-chinese makes it really hard for me to understand him given my atrocious command of chinese. I sincerely thought he was speaking hokkien to me!

Allan got another new phone (I seem to see him with a new model every three times I see him) and my sister was testing it out the camera functions by using me as her subject. 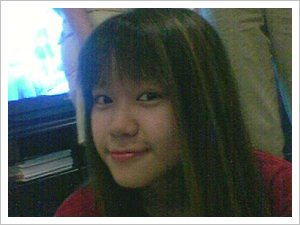 That’s TV at the background

Finally, as usual, during all these festive occasions, the text messaging system had to lag. Think I accidentally texted Jun Wei five times straight. So, we switched to talking on the phone. 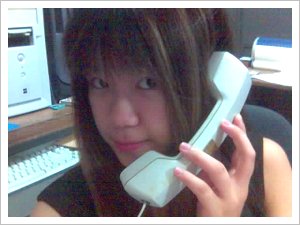 I can hear fire crackers!