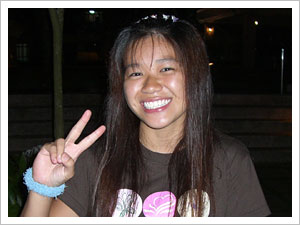 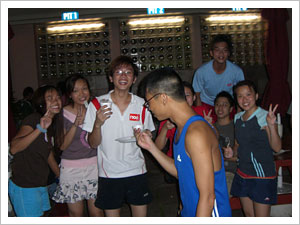 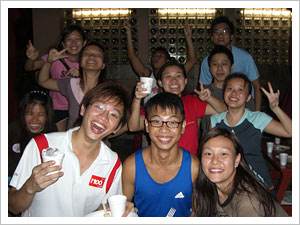 New additions: (back) Peiqi and Hans (he’s the monkey right at the center)
(front) Cindy 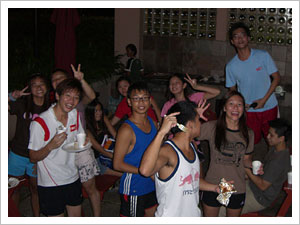 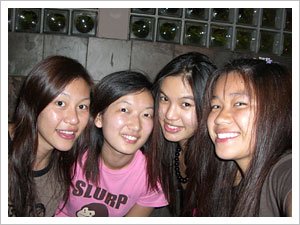 Cindy, Agnes, Bi Wei and me 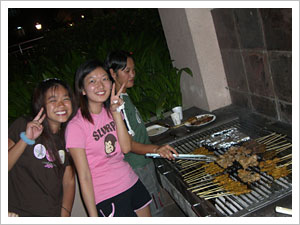 Me, Peiqi and her maid with the pit

Peiqi and her maid did most of the barbequeing while the rest of us were pigs and ate like pigs And last night was the first time I ate barbequed stingray with chilli! Spencer said I wasted 21 years of my life :? He repeated that to me again when I said I have never tried otah before, too. (I tried when one of them offered it to me. Don’t quite fancy it as much as I do stringray now.) 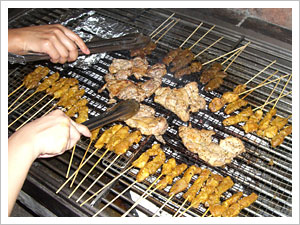 The Food on The Grill 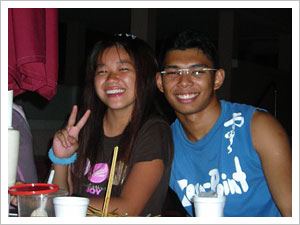 I could not stay overnight since I had no extra change of clothes, neither could Agnes nor Bi Wei since they had no intention of staying. So we left early and Marcus’ dad gave us all a ride home. 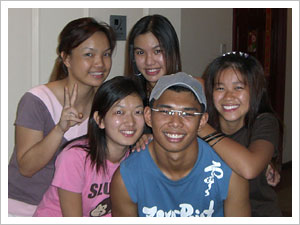 I had a great time. I hung out with people I was not very close to, I talked and caught up with friends, I tried new food and I enjoyed myself.

I am glad I went for the BBQ