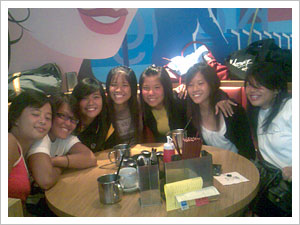 
Sunday’s friendly against NP was fair, too, I guess. Mainly because:

After that, I went home to pack for the chalet with Artello.

After checking into our room, Jolene, Teresa, Joycelyn and I went to Escape Theme Park and initially, it was pretty fun and exciting as I ran along with them like kids rushing to try out the rides. But after a couple of hours, I somehow got bored of everything. But they made me stay on with them and sit two more rides on the viking ship. I agreed and it turned out to be pretty fun because we were having this screaming competition.

After that, we met up with Geok Cheng, Lilin, Lizhen and Joan at our chalet room and had Sakae Sushi for dinner. Service was rather bad because there was this guy who seemed new who kept messing up my order. Well, it’s not much of a wonder considering that I kept on ordering, not knowing how much I had ordered until the plates kept arriving 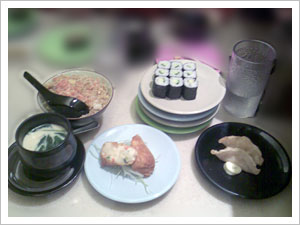 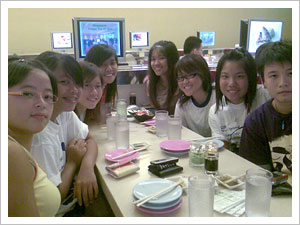 After dinner, we went back to our room and had a team talk. At midnight, we threw Joan a surprise belated birthday 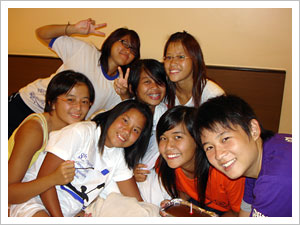 We got her Sara Lee cake

Then we took some team pictures. Finally! With our vice captain Lizhen, too! 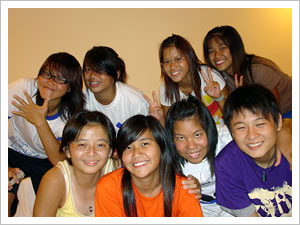 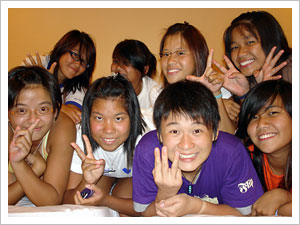 Joycelyn taught us this game that was something like snap. But she was rather sadistic, slapping our hands very hard. You should see my poor bruised hand

We played drinking games with poker cards. It’s hard to explain the funny stuffs that happened so I shall leave that for now. The next day, we had MacDonald’s for breakfast and some of us went to cycle and others went to play basketball.

Our vice captain can be really retarded. I mean, check this out: 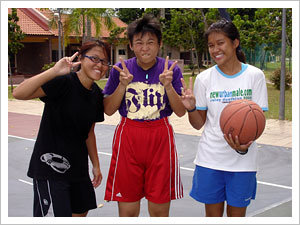 Joycelyn, Lizhen and Me

Anyway, the drinking game on the second night was just as funny as the first After checking out earlier this morning, Jolene, Lilin, Joan, Geok Cheng and I went to MacDonald’s for brunch (again). We slacked a tad before making our way home.