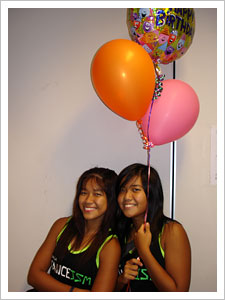 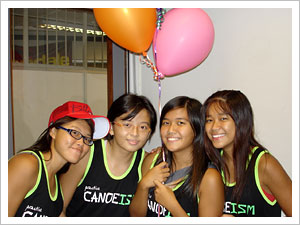 I was a GL with Lex and this year, I had the largest group of 11 campers. Ichi (as in one in Japanese, and which we called ourselves) consists mostly of enthusiastic and pretty sporting freshmen which I’m glad to have. But I guess I started the camp with a lot of energy that gradually winded down by the end of the first day.

After ice breaking games, the first major activity was Amazing Race @ Orchard. We had to run around different stations located around Orchard Road and the group that gets back to school first wins.

My group’s first stop was at Lilin‘s station located around The Atrium@Orchard. This station came from the idea where we cam-whored during Artello’s pre-Valentine’s Day celebrations. What we are supposed to do is convince a stranger that Lilin describes (e.g. a man in green shirt) to take a group picture for us. 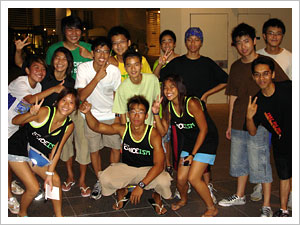 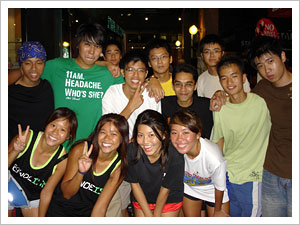 After that station, I kind of grew tired of the whole thing and gradually became part of the group, only doing my job as a GL when need be. (I know. Totally not what I’m supposed to do but I could not help it! I was just too tired.)

I guess I should be thankful that Ichi is a pretty slack group as well Sure, we’d like to win, but to us, winning isn’t everything as long as we have our fun

We were the last to reach school (12 midnight!) and then we had night water activities. After wrapping up for the day, we (Artello minus Lilin) took our showers and headed back to the studio for Jo’s surprise celebration. 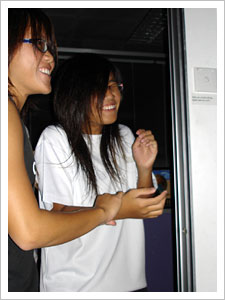 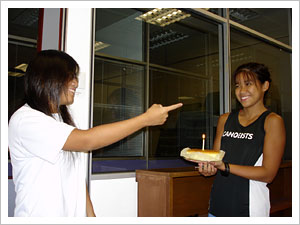 She starts accusing me for tricking her 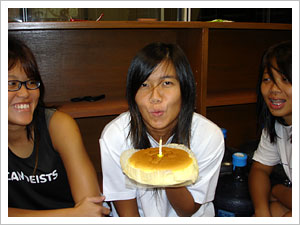 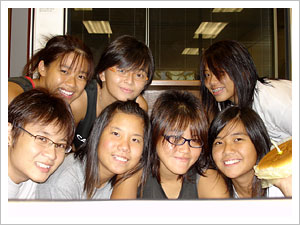 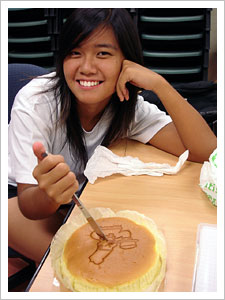 Saturday, the freshmen were to try out canoe sprinting over at Kallang and we girls had our own polo training. Training was okay, I guess. I managed to keep better since I more or less knew how my own teammates shoot. Chasing-wise, not that great since I did not do gym this week.

After training, I was quite exhausted and instead of going out to Clementi to eat, I ended up sleeping in the studio for a few hours until dinner time. We had to change into our secondary school uniforms for the Uniform Party that night. 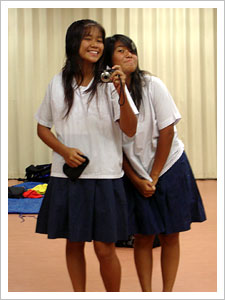 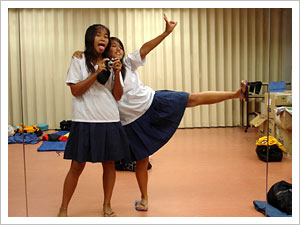 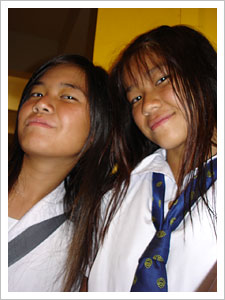 There was Shim Night together with the Uniform Party. I shall not embarrass those brave shims who had to strut their stuff for the whole camp. But kudos to all the shims especially Lily 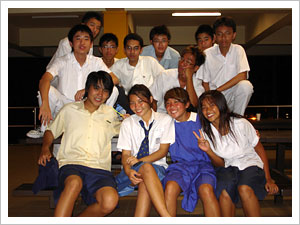 Jo and I found out that Lloyd was wearing a MGS uniform too! 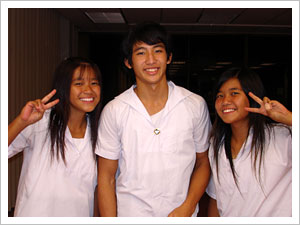 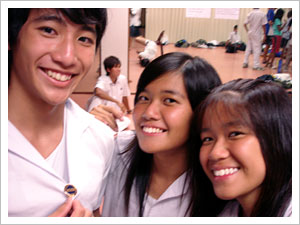 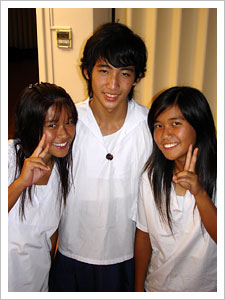 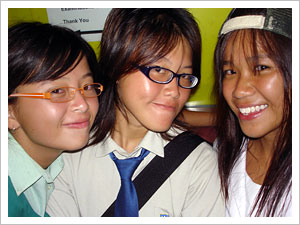 Geok, Joycelyn and Me

The night activities were Scavenger Bingo, Pass the Card, Night Walk and Disco Night. But I was far too tired to join in the last activity and promptly took a dry bath and went to bed

After breakfast on Sunday, the freshmen went down to the pool to try out canoe polo. We divided them into two groups to change between water polo at the medium pool and canoe polo.

The they had friendly matches between the groups. After in which, a number of the freshmen guys played against us (Artello). Joycelyn was eager to trash them and spread the word around. I thought it funny but during the match, I told the girls to play serious but less aggressive. Joycelyn had wanted to go all out to attack, giving them no chance to attack.

Then, we had the prize presentation and finally, we broke camp. I think all of us but especially Joycelyn and Jolene were especially happy since the whole camp took a lot from them with the planning and organizing.

After washing up, we went back to the studio to slack for a while. Jo received this cow umbrella from Sue and we found it really amusing. 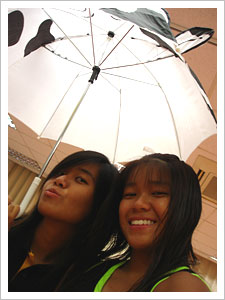 Artello finally decided to head to the foodcourt at Plaza Singapura for lunch. Jo and I ended up being scavengers and eating up everyone’s leftovers

Not wanting to head home just yet, Joycelyn, Geok, Jo, Joan, Teresa and I decided to go over to The Coffee Connoisseur at The Atrium@Orchard.

There, our mascot, Michael, was born. Ok, firstly, he is not even named Michael in his birth certificate but Mojojo instead. Secondly, he belongs to Jo since it was her birthday gift from Fahmi. But, whatever, we all adored him and therefore, he is Michael. 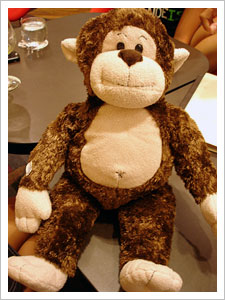 By the way, Michael is a senior (who recently just graduated) in the team. To me, Michael (the senior) will always be the one looking like a monkey with sexy girl’s legs, a fat tummy plus a megawatt smile in which our mascot Michael posseses minus the legs and the smile. 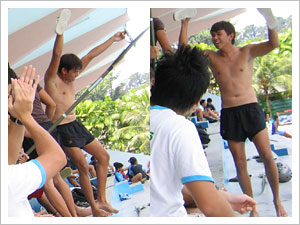 Michael (the senior) at last year’s National Champs. Does he not look like a monkey?

And, of course, how can we leave the place without a picture? 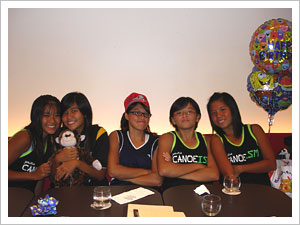