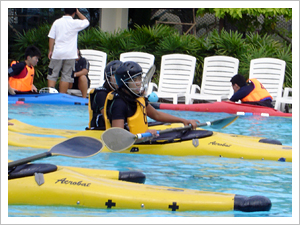 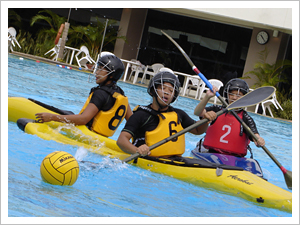 I realised I look pretty retarded. And for your info, I’m #8.

We lost both matches. Well, got trashed in one. But it’s over now and all we need to do is to beat one team this weekend.

Sunday’s match against TP 1 caused me this injury: 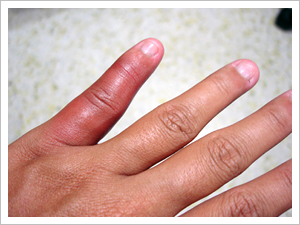 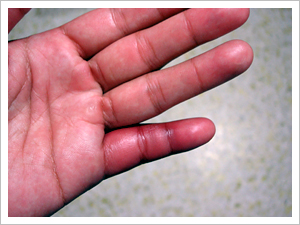 So after a day of massaging, I went to see the physician yesterday to find that massaging it causes the finger to swell even more :? 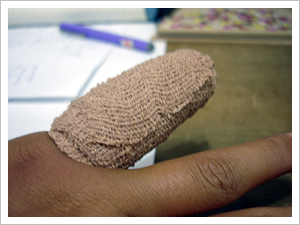 I just hope it can recover as soon as possible as I still have another two matches this weekend. Plus, I need to train for them this week.

On a side note, it was Joel‘s singing competition last night. Star Dust finals was held at NUS and I had Jolene to accompany me. We had decided to wear the purple contacts we had gotten together 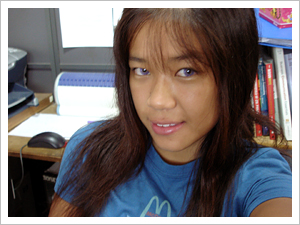 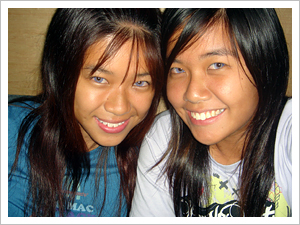 Most of the guys were disappointments. We loved Joel’s group (What Mama Wants) who sang an a cappella medley. They pulled of Pussycat Dolls’ “Buttons” pretty well And they won first in the group category!

Jolene and I were disappointed with the results for the solo category. Joel did not win there

But at least he still won something. And we enjoyed ourselves 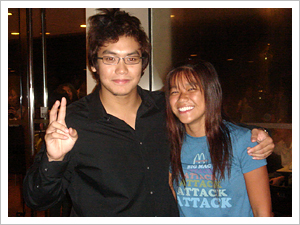 Joel and Me
Yep. His hair is always retarded