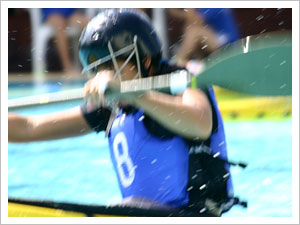 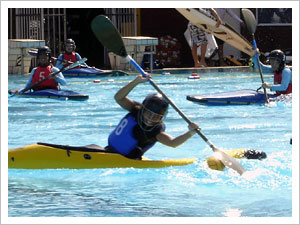 Though we lost the match, we actually managed to score a goal! Our first goal in a national competition! Thanks to our Happy Apple Joan!

It was actually quite an odd match. For one, I played the full 10-minutes half for both halves without subbing at all. And for another, I did not feel exhausted even though the halves were three minutes longer than the matches last week. And the final thing was that somehow, I managed to play the keeper’s role for a few times

Anyway, after our debriefing with Kang Jun, we took team photos! 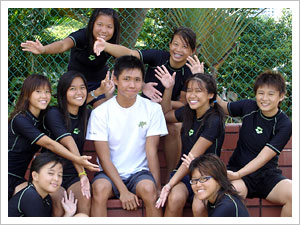 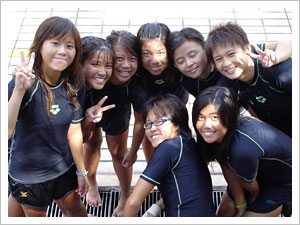 For the rest of the afternoon, we watched the remaining matches, sun tanned, talked, slacked and stoned. I played around with this nifty camera and quite like this picture I took of Michael: 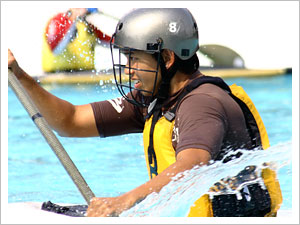 Siao Jia dropped by around noon to watch Kenneth play. I was so glad to meet her after so many years! Now that I think back, we’ve been friends for half a decade already 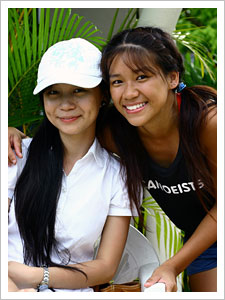 Man, she looks so elegant, demure and lady-like, I feel like crap right beside her. (Do note that I have yet to bathe when this picture was taken.) Now that I look at the photograph again, it’s like I’m taking a photo with a pretty model

After everything, my team (minus Lizhen since she has basketball training at night), Desmond and Geok Cheng’s sister went to Cafe Cartel at Raffles City for dinner. 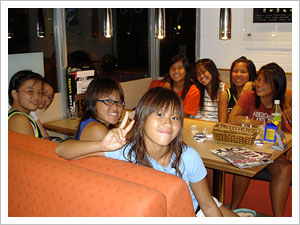 After dinner, Lilin and Desmond left. Jolene, Joan and I went shopping while Joycelyn, Teresa and Geok Cheng went to Ben & Jerry’s to slack (where Fahmi joined them later). After our shopping spree, we joined them and we had fun talking about the matches, laughing out loud half the time, indulging on lovely B&J ice cream and waffles and being contented with the company of such great people.

—
I was bitterly disappointed.
But I still had to smile and pretend that it’s okay.
And it really is. Because I understood.