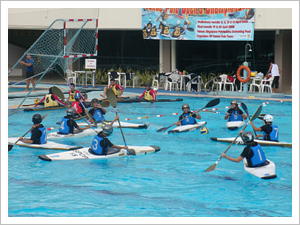 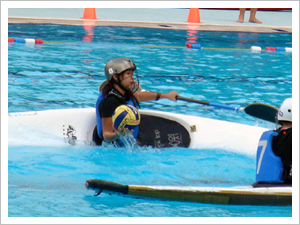 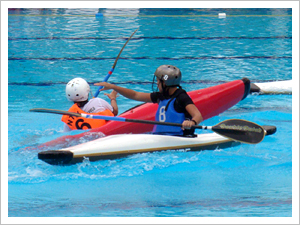 If you can’t get the ball, cap the opponent… 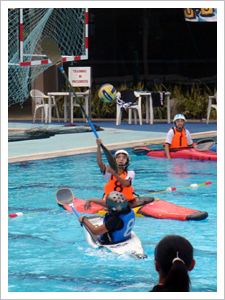 … then score the goal (nice pass from Yanli!) 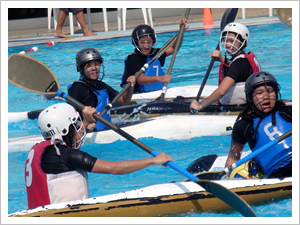 Judaxil could not stop laughing when she saw this

Before our match against Devlin, we were cheering loudly for Jackson as he was playing in the pool. The inside joke was that he complained that during training matches, whenever a girl scores, everyone cheers for her (including the guys) and whenever he (Jackson) scores, his own teammates does not even say, “Good shot.”

So, to make him feel better, we screamed and cheered like crazy whenever he scored a goal. And there was this goal he scored and we cheered like mad and he kind of gave a little bow as he rowed towards us and looked rather embarrassed

So, during our match against Devlin, he cheered like crazy for us, which was really amusing because seeing one single senior guy cheering for the whole girls team was just… amusing. Haha! 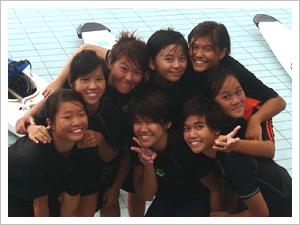 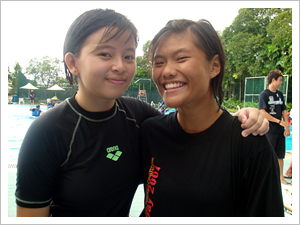 The Keepers: Geok and Pat 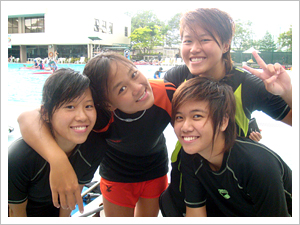 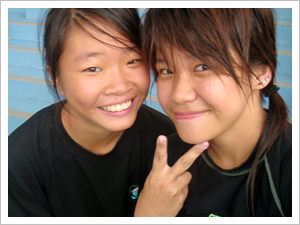 The Chasers (best you can ever find :D): Yanli and Me 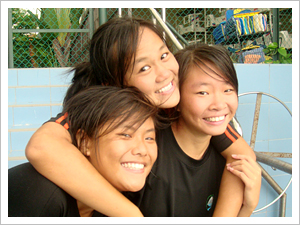 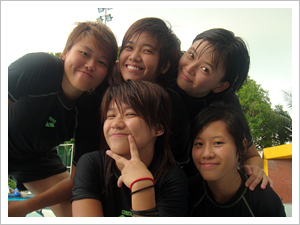 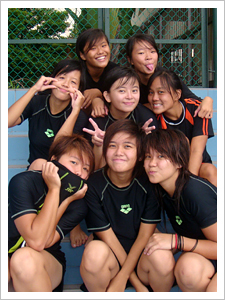 Okay, now I need to figure out how to upload 225 photos (approx. 750MB) online so that seven girls can get them :?