Last week, I decided it was time for Reuel to finally have his first hair cut. It was sort of a big deal because I have never sent my boys to the hair salon until it was time for nursery. I usually trim their fringes to keep their hair from poking into their eyes. And, I tend to have many older folks “nagging” at me about letting Reuel keep his hair, that he looks like a girl or he’s suffering due to the hot and humid weather

He is such a sweet lad. Whenever strangers mistake him for a girl and calls him “mei mei”, he would tell them in that innocently surprised voice: “But I’m a boy!” It really melts my heart 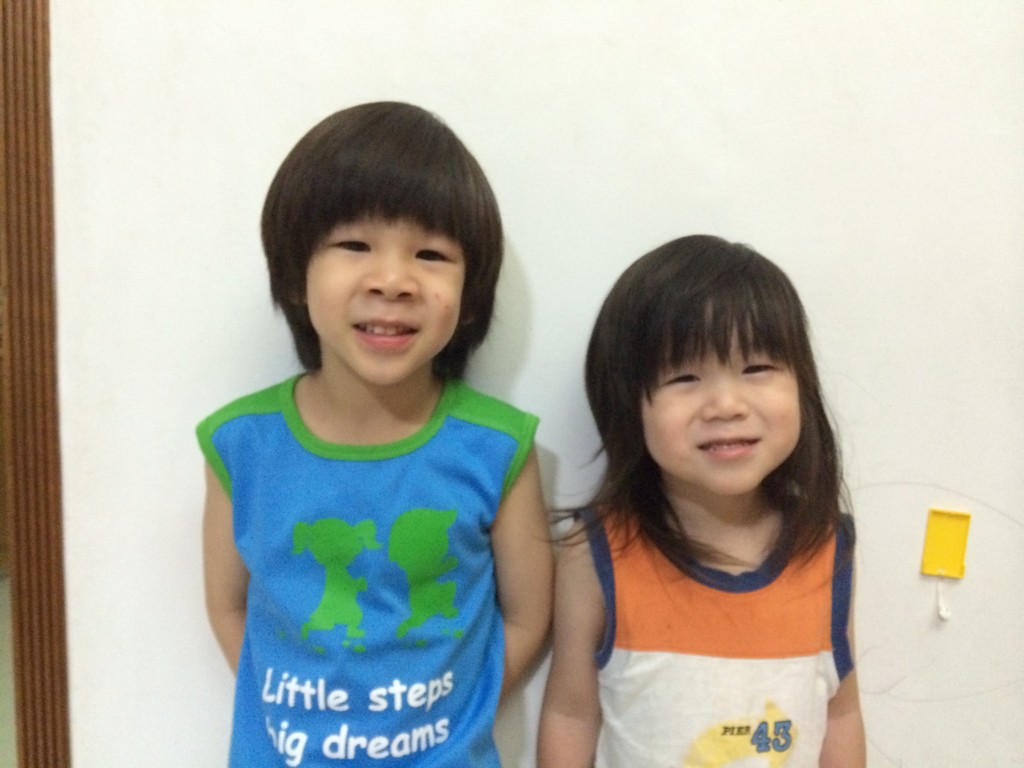 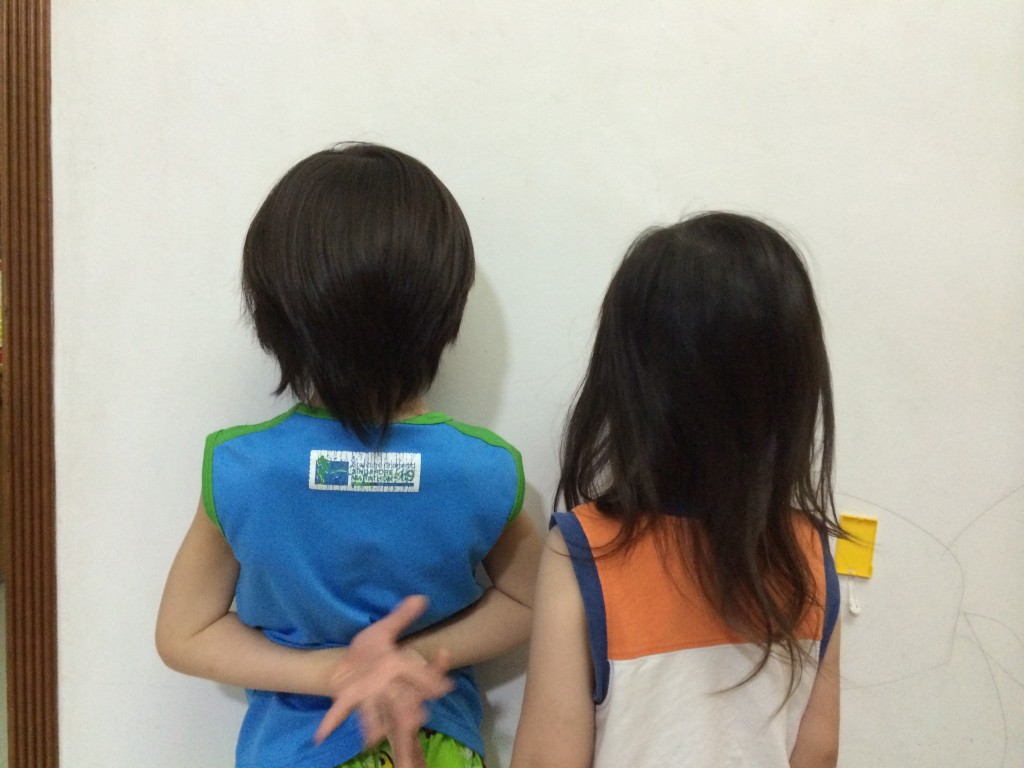 Reuel was eager and volunteered to have his turn first. When Zayden was his age, I had to “bribe” him with candy and a short play time at the playground after his hair cut I’m pretty glad I don’t need to struggle for future trips to the hair salon! 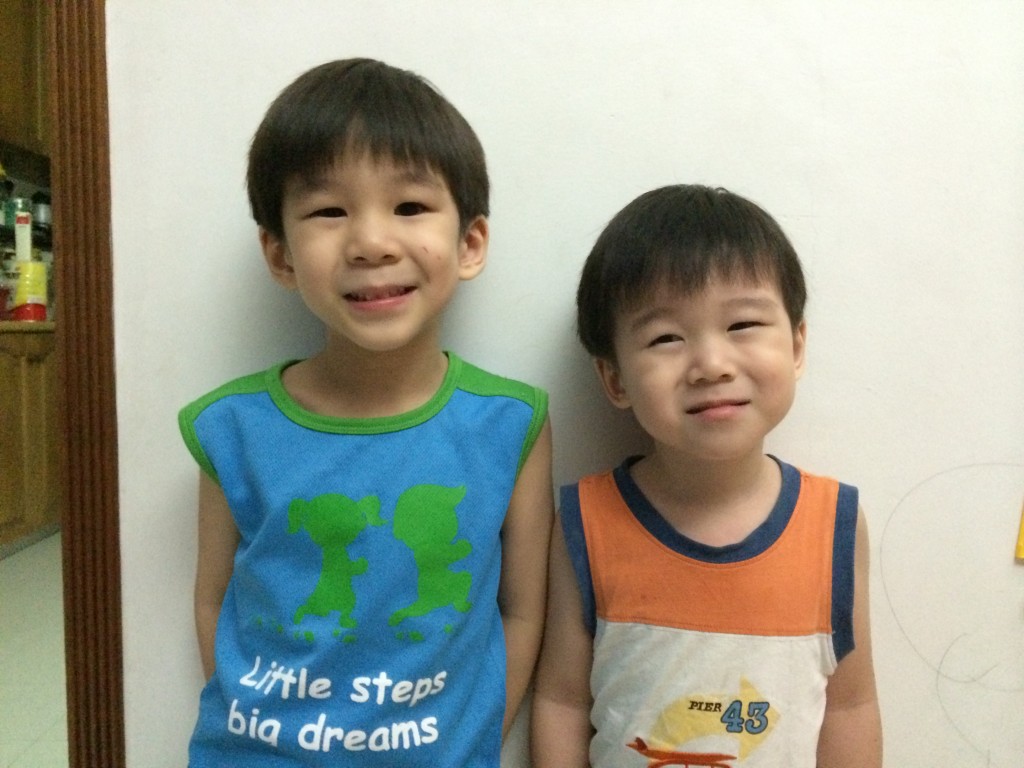 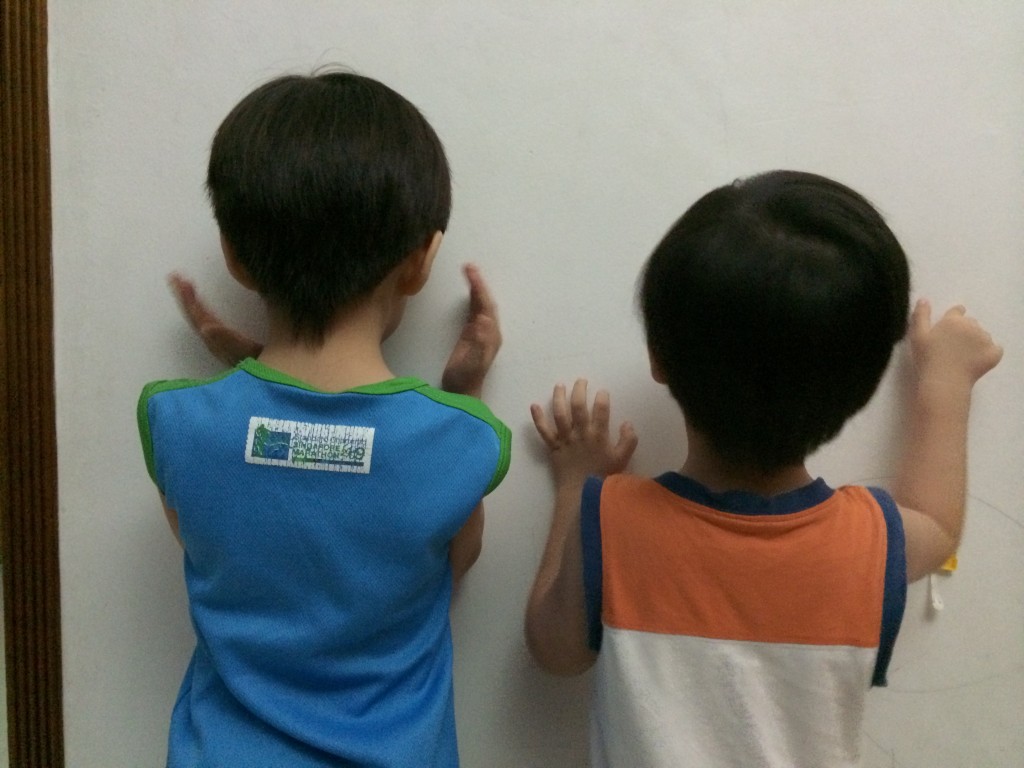 Lookalikes from the back

The problem with them having the same hairstyle is that we tend to call Reuel “Zayden” instead. It’s really uncanny how alike they are (from the back). I feel that Reuel looks better with long hair! I will most certainly miss his old look. 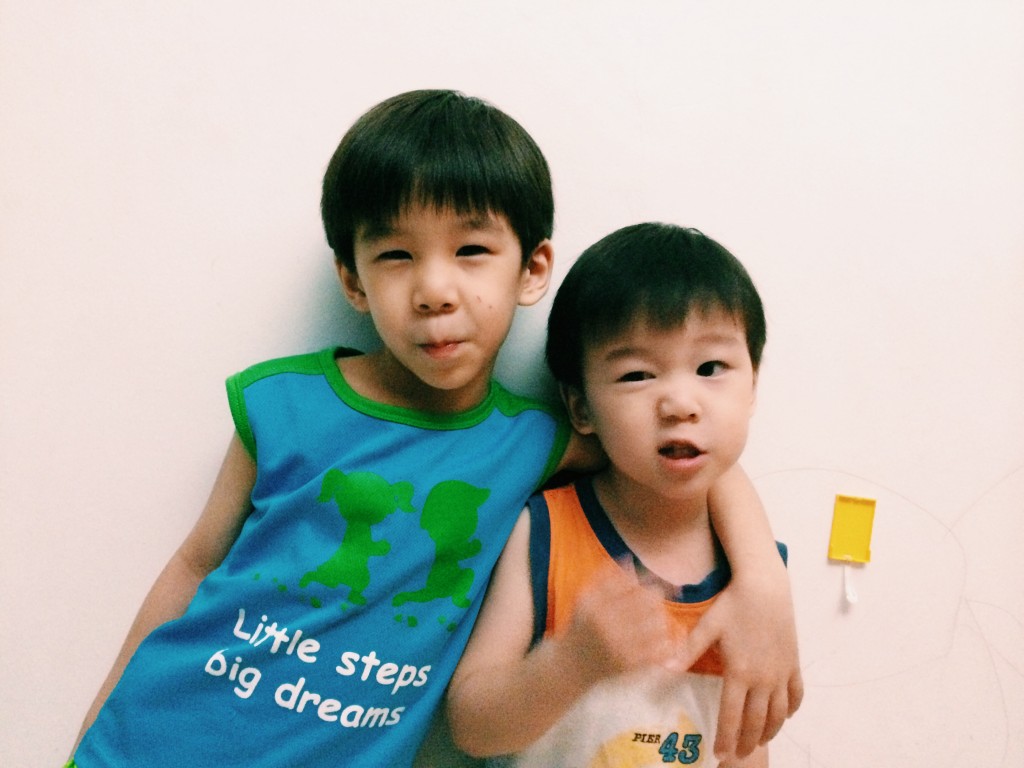 On Saturday, we had free entry to the zoo thanks to Guan’s cousin-in-law. Personally, animal captivity makes me really sad (now that I’m older) but it brings so much excitement to the kids for them to have a chance to see animals closer without having to go all out into the wild. I didn’t take much photos because we had four kids under 6 years of age–one couldn’t walk, one was learning how to walk and two who only knew how to run

But here’s picture of Kaien 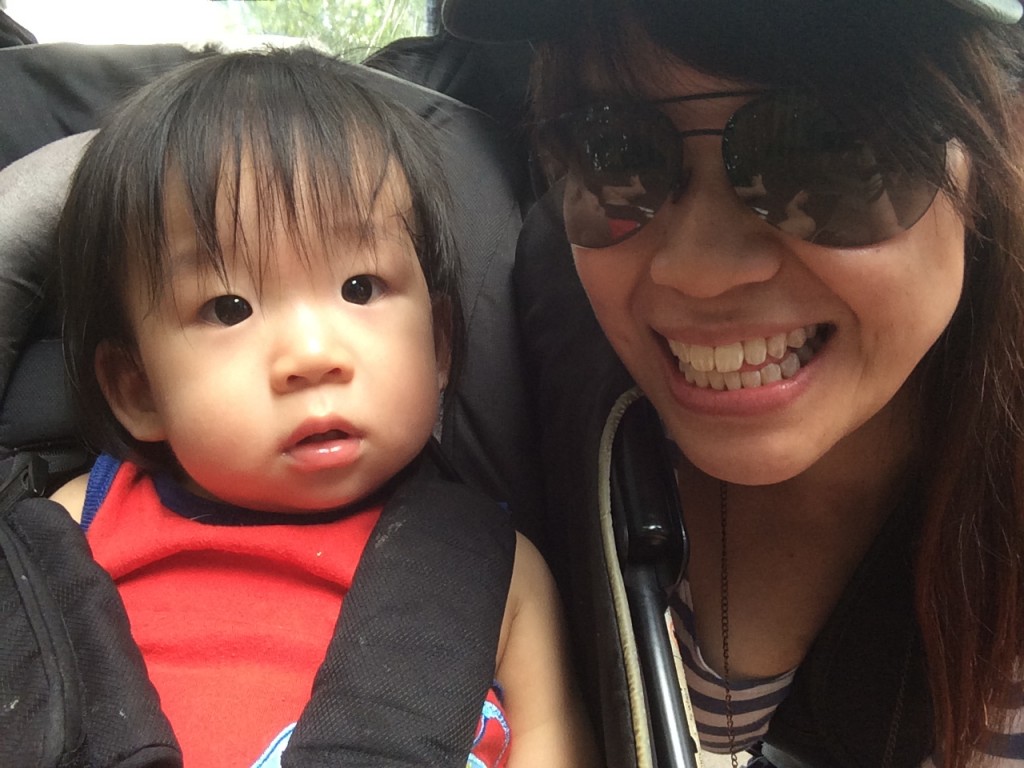 Just woke up from his nap