(Note to self: Depression can either starve you or stuff you.)

By the time the match started, it was past 11. It was quite a nerve-wrecking match. We were all rooting (and trying very hard not to cheer out loud) for Monsters and we were pretty disappointed when TP 1 controlled the match with the first goal. However, Monsters fought back and fought hard.

Still, Monsters lost But they played well. I was amazed with their long shots

Since everything was delayed, I could not stay to watch the match where Bulldogs and Fiasco will be fighting to play with Hotdogs I had to leave for Novena where my relatives will be celebrating my nephew’s 1st birthday at Globetrotters.

I wonder if anyone remembered my entry last year. I was blogging about Dylan‘s 1st month celebrations and we were all over his mohawk hairstyle. Well, the ‘rents did it again. He was sporting a fuller and longer mohawk this year. 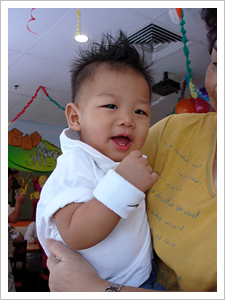 Because of my stupid mood and had two breakfast, I could barely stomach anything there. Junie, Dylan’s mother, saw my empty plate and went, “Nadine, diet ar?”

And I had to explain that I was not hungry. To be polite, I took a plate of greens and fruits, and as I walked back to my place, I tried to avoid her knowing what she would say if she saw my plate. Well, luck is certainly not on my side. She saw my plate and said, “See? Still say not on diet.” :mrgreen: 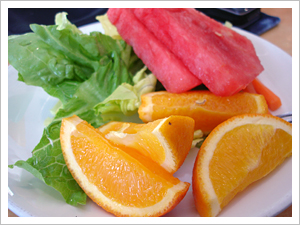 What I had at Globetrotters

My sisters seemed to have a great appetite that day. They had about two large servings each. 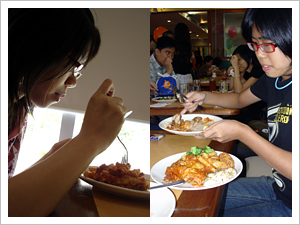 The birthday cake was really interesting with a soccer-themed Lego-feel. 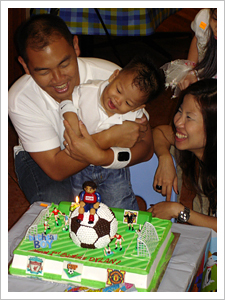 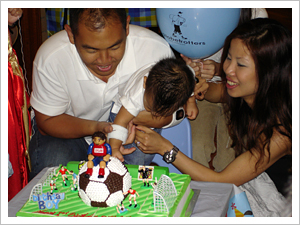 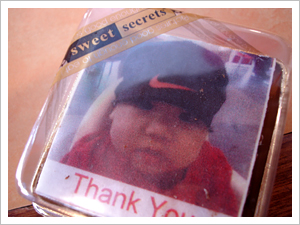 The “thank you” gift for guests–a mini cake with Dylan’s face! 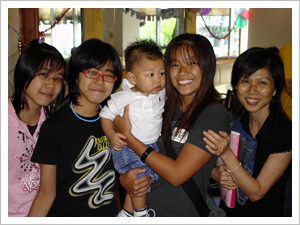 Judaxil, Nicole, Dylan, Me and Mom
(He’s not looking because he keeps looking at Grandpa.) 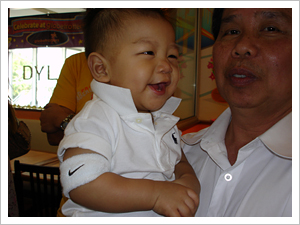 See? Only smiling when my uncle carries him

After the celebrations, I went to meet Teresa and Joan at MacDonald’s at Plaza Singapura and waited for Geok Cheng to join us. They had dinner at Pasta Mania while I stoned since I was very tired (and not hungry in any way).

After dinner, we headed to Ben & Jerry’s at The Cathay to have ice cream and slack 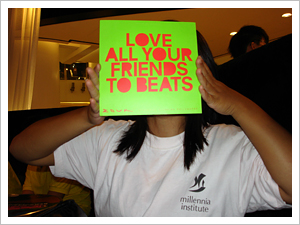 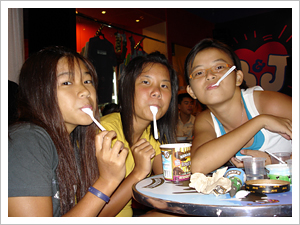 Me, Teresa and Geok Cheng sharing a tub 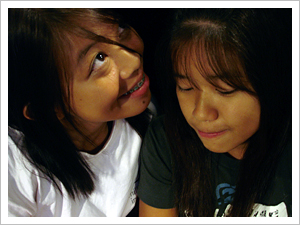 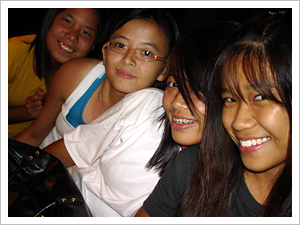 Managed to squeeze everyone

Training on Sunday was interesting. After a match against the guys, we were to play with the freshmen guys. And we kind of trashed them The feeling of doing fast break is really something.

After that, Geok Cheng, Teresa, Joan and I went to IKEA to buy seats for the Vampire boats that we will be training with. 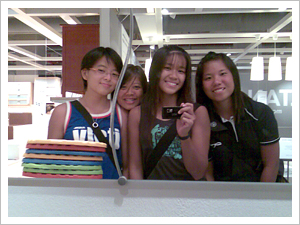 We were pretty stoned and tired by then. So we took a bus down to Marina Square and had dinner. We sat there and talked for some time before regaining our energy to do some window shopping 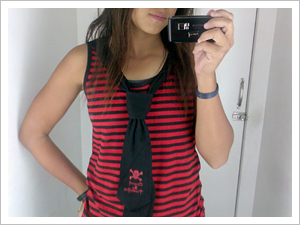 Jolene then met us after her group meeting and we headed to Cafe Cartel for cakes and drinks. 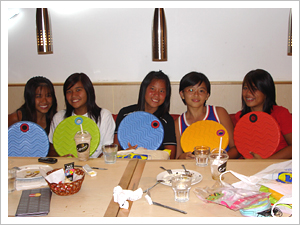 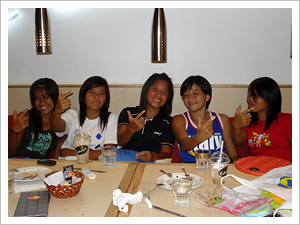 Striking a pose for Winston

I met a few of my secondary school friends on Monday for dinner at Tampinese Cafe Cartel. However, I was a couple of hours late :? So I had to treat them to dessert so that they would let me off this time

We had fun talking and laughing. And, as usual, Jo always have a story ready starting with, “I tell you ar!…” 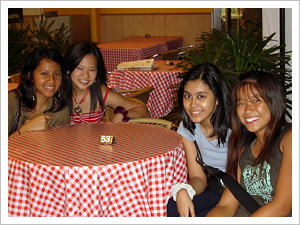 Amanda, Jo, Sof and Me